Beta is now over! 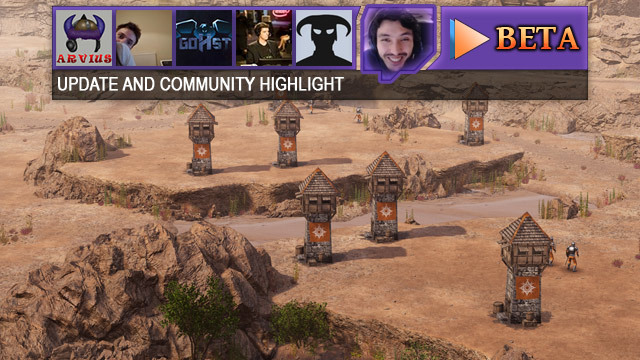 4 000+ participated in the Beta! The Beta has ended, and now we are preparing for release February 21. We had a lot of fun playing with the community and feel very grateful for all the people that made this weekend so special!

Pope Arvius (Twitch) pulled of the incredible and played for more than 24 hours and got #1 rating on NA and placed #6 on EU in just a single session and faced every developer in matchmaking.

Nakamura RTS (Twitch) and Scarfs had a hard battle for #1 EU, during the whole weekend finally ending with Nakamura on top.

First casted matches for Bannermen
The first ever cast of Bannermen was done by G0hst (Twitch) during the Beta and featured all the top players in EU.

The casted matches are available on G0hst''s YouTube PLAYLIST

Rankings in the Beta
The European ladder had the most players and total of 25 players got placed. To get on the ladder you needed five wins in ranked matchmaking.

Thanks for your participation

If you would like to leave feedback you can do so on our Steam forum.